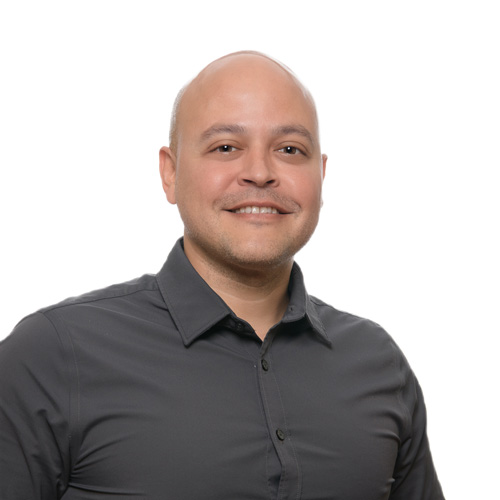 Nicolas was born and raised in Venezuela. Since he was very young, he became interested in the environment and subjects like Biology, Chemistry and Health Sciences. At the age of 17, he was admitted to Medical School in Venezuela and studied for three years. Nicolas realized that even though he loves Medicine, he wanted to develop his other passions of communications and journalism. Five years later he earned a Bachelor’s degree in Social Communication, with a concentration in Advertising and Marketing. He never abandoned the idea of working in healthcare, so much so that his final research paper was about Medical Marketing. He also dedicated a few years of his career as a journalist and reinforced those skills in Madrid, Spain, where three years later he earned his Master’s degree in Journalism and Communications. When he came to the United States in 2013, he became interested in Customer Service, Sales, and Marketing. After several years of working in Retail, Sales, and Merchandising, he was hired as the activities assistant at Whitehall, skilled nursing and rehabilitation facility in Boca Raton, which was later acquired by CareRite Centers and renamed The Encore at Boca Raton. That same year, in September, Nicolas was promoted to Admissions Coordinator where he continues to work with a compassionate and professional team to best serve our community.